Welcome to the Vergers Voice, the official news blog of the Vergers Guild of the Episcopal Church. Also known as the VGEC, we are located on the web at vergers.org and facebook.com/vergerguild the #1 online resources for vergers world-wide. 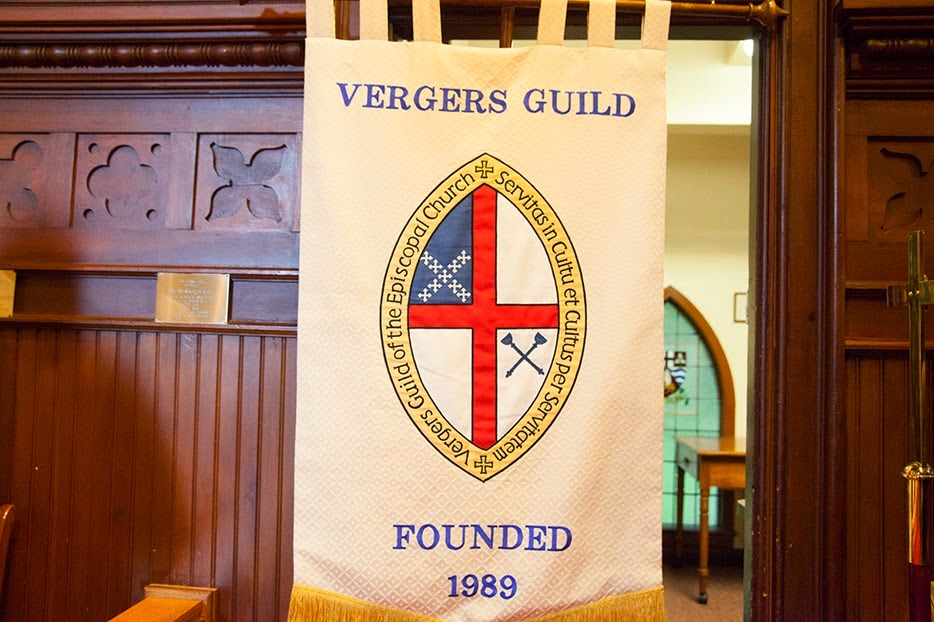 How do we measure progress? What about the VGEC is changing and how will change in our Guild transpire? Who was elected at our annual meeting? What are we doing to advance our use of technology so that more vergers can attend the annual conference - virtually?

Let us count the ways...(with all due respect to Elizabeth Barrett Browning)

In the interest of determining how best to expand the membership participation at the Annual Conference, we conducted an experimental webcast of the Business Meeting from Burlington via our YouTube channel. I was on the other end of the webcast here in Round Rock, TX making notes as fast as my stubby little fingers could type. As one of many who could not attend this year, I felt very connected to the proceedings. The plan is to expand the study population by broadcasting to a larger audience during the 27th Annual Conference in St. Louis in 2015. We are currently studying what means would be required to conduct the second phase of the study. If next year's webcast is successful, VGEC may plan to make certain parts of the conference available, streaming live on-line for the entire Guild membership and the general public. Watch for updates on this and other VGEC technology initiatives currently in evaluation and feasibility study phases.

On the board membership, leadership structure and committee appointments:

At the VGEC 26th Annual Conference in Burlington, Ontario, the members present elected Terry Hughes, Michael Sanchez, and Scott Smith to fill the three open positions on the board. Each was elected for a three-year term in the vestry-model board. Subsequently, Scott Smith was re-elected as President, Bill White is now the Vice President, Cheryl Cantrall became the Secretary, and Duke DuTeil remains Treasurer. John Whitaker and Ann Davis McLain were appointed to the Audit Committee. Betty Moore was appointed as the new Training Course Registrar. More exciting news about the changing Training Course will be coming in the Verger's Voice very soon!

During this year's Pilgrimage to Canterbury, Margaret McLarty and Scott Smith talked with James Armstrong about the VGEC Annual Conference and its history of visits by Anglican Church leaders. Margaret suggested that James consider presenting the keynote address at our 27th Annual Conference in St. Louis,.October 1-4, 2015. We are happy to announce that James Armstrong will be with us in St. Louis. James has been researching the history of the ministry of the verger for several decades and the verger's residence at Carlisle Cathedral has a room specifically dedicated to this work. Look for a full and detailed history of our ministry and a rare view into his growing catalog of virges and other verger-related artifacts from England. Registration opens January 1, 2015.

The Rev. Canon Matthew Corkern, Rector of Calvery Episcopal Church, Summit, N.J. and our VGEC Chaplain, attended a meeting of the Compass Rose Society last week. Rev. Corkern's ongoing work with the Church of England and the Anglican connections to The Episcopal Church took a step forward during this visit to England. Expect a report on the meeting and a look forward to the fabulous Pilgrimage to Canterbury planned for 2015.


Abstract: How do we measure progress? What about the VGEC is changing and how will change in our Guild transpire? Who was elected at our annual meeting? What are we doing to advance our use of technology so that more vergers can attend the annual conference - virtually?
Posted by Anonymous at 9:00 AM

We will review your comment and approve to the blog just as soon as possible. We try to get to all emails within a few hours. If you need help, please contact [email protected] Thank you for your interest in the Vergers Voice blog!

All members of the VGEC are automatically subscribed to the Vergers Voice blog. Each week, members receive a summary email about the week's post. If you want to manually subscribe to the blog, you can do so by clicking HERE.

Past issues of the Printed Vergers Voice